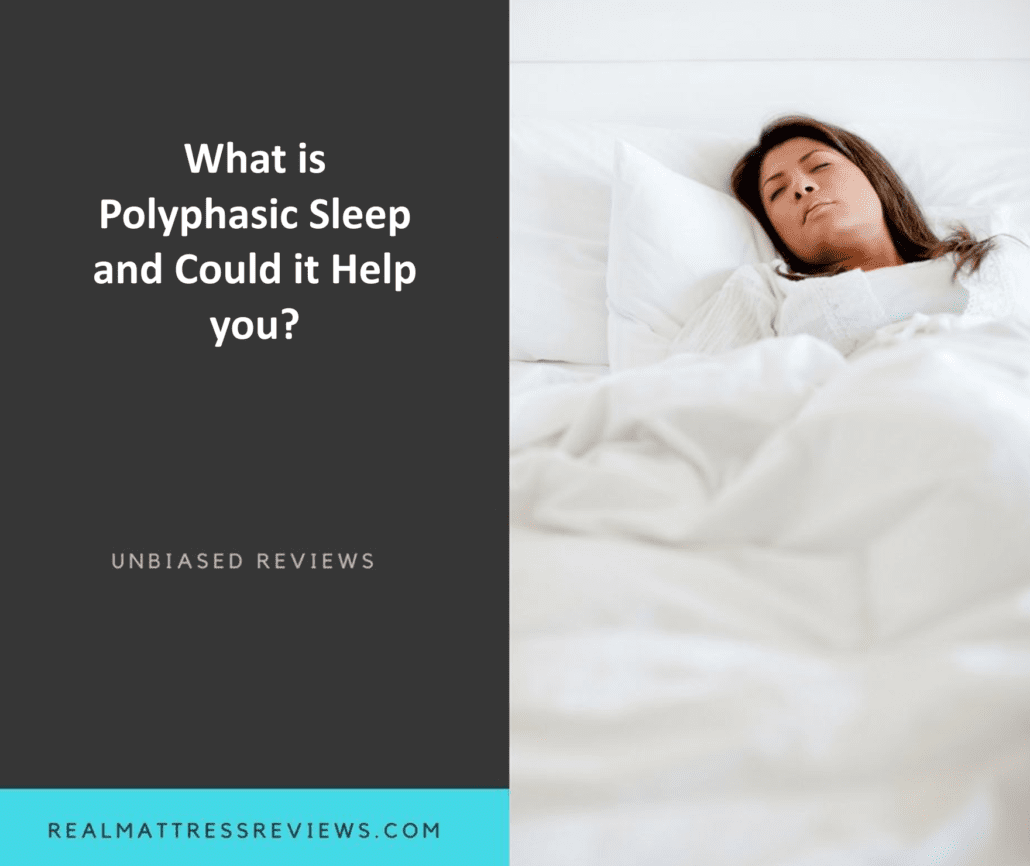 What if you could satisfy your sleeping needs with fewer hours of sleep? You would get extra three to six hours of wakefulness on a daily basis to do more work. This is the promise or perhaps the illusion of the polyphasic sleep schedule that we are going to discuss from various angles today. So without putting you to sleep with a long intro (pun intended), let’s get right to it:

What is Polyphasic Sleep?

Most of the people are monophasic sleepers which means they get all of their sleep in just one big episode which is usually at night. And then there are biphasic sleepers who get 3 to 4 hours of sleep intervals at two times a day usually one at night and one at noon. But if we talk about Polyphasic sleepers, these people sleep in short bursts throughout the whole day instead of sleeping just at night. There are different schedules of polyphasic sleep according to the polyphasic society, but one of the most popular polyphasic sleep schedules involves a long “core” sleep that ranges from 90 minutes to 6 hours, supplemented by short naps of 20 minutes. The length of core sleep and the number of naps taken can vary, but as a whole, people on this schedule sleep a total of three to seven hours a day. The advocates of polyphasic sleep say that body enters the REM (Rapid Eye Movement) sleep more rapidly by adopting polyphasic sleep which means body’s needs are met in less sleep time as REM is the only needed part of sleep due to its restorative effect.

How is Fragmented Sleep different from Polyphasic Sleep?

A lot of people believe that sleeping in short phases throughout the day (Polyphasic Sleep) can disrupt the natural sleeping pattern and cause sleep disorders in the long run. This is because the Polyphasic Sleeping patterns resemble with “Non 24 hours sleep-wake rhythm disorder” in which the body’s natural rhythm does not align with 24 hours cycle causing problems at work, socializing and other routine responsibilities. However, polyphasic sleep differs from this sleep disorder or the “irregular sleep-wake rhythm disorder” which is also a sleep disorder where the patient has unpredictable sleep patterns. The reason is that in polyphasic sleep, the practitioners intentionally restrict their sleep to increase productivity and get more awake time, while people suffering from sleep disorders are not intentionally restricting their sleep.

But, polyphasic sleep may be similar to one disorder which is the Insufficient Sleep Syndrome where people intentionally take less sleep or restrict it so they can do other things such as working out, playing video games or doing daily chores.

Is Polyphasic Sleep a Natural Thing?

According to a large number of scientists, humans are not polyphasic sleepers naturally as we need to get a long sleeping period to move through all of the necessary stages of sleep and get the recovery that our body needs. But, polyphasic sleep can be adopted only in extreme circumstances where being more productive and being more awake is necessary. These types of circumstances can include space missions where astronauts need to be more observant and active or military operations where soldiers need to be fully awake and attentive.

Pros and Cons of Polyphasic Sleep:

Sleep is a major part in defining the overall health of an individual, and if we make alterations to the natural sleeping patterns, there can be both benefits and drawbacks to it. You can find some pros and cons of polyphasic sleep below:

There is no denying to the fact that polyphasic sleep has a lot of pros and people are actually leading a productive life by following this schedule. Some of the pros of polyphasic sleep schedule are:

Polyphasic sleep schedule is not all rainbows and unicorn; there can be some mild or even serious drawbacks associated with it. Some of the drawbacks are:

So these were some of the pros and cons of polyphasic sleep, at this point, it is difficult to establish an opinion regarding the weight of pros or cons but seeing so many cons, one should only go in polyphasic sleep after conducting thorough research about it.

Advocates of polyphasic sleep who are usually the people enthusiastically practicing this technique preach about it as an effective and efficient way to sleep. However, there are can be some serious side effects to the intentional restriction of sleep which is very similar to insufficient sleep syndrome. The effects of this syndrome include severe daytime fatigue, long-term metabolic and endocrine dysfunction, increased probability of having an accident, and decreased immune response to name a few.

Polyphasic sleep unequivocally has a lot of benefits but so does cannabis. And just like CBD, it is still not fully proved that it is completely harmless and will lead to a better lifestyle if adopted. So before you try to adopt this sleeping pattern, you should consult with a medical expert.

The Nectar uses good quality memory foam on top which provides good pressure relief but also uses one of the best foam cores we have reviewed. Under the top layer it has very firm support under the comfort layers so your back stays in good alignment.

The memory foam layers on top ensure you have very good pressure relief. The gel infused top quilt layer ensures the mattress doesn’t get as hot as regular memory foam. It cradles your lumbar and supports the lower back like a high end mattress but the price is very competitive. 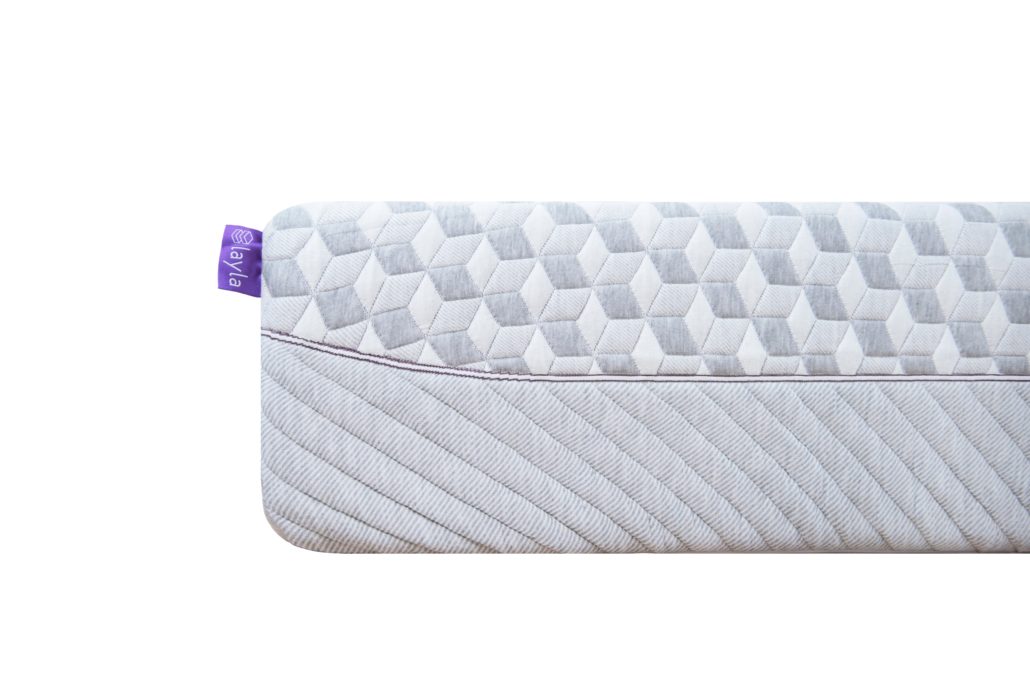 The Layla firmness is optimal for combo sleepers but also has a firmer side so you will most likely find the firmness that works best for you.

Copper infused foams have been known to help with the bodies ability to heal. The foam Layla uses is also top notch for pressure relief. 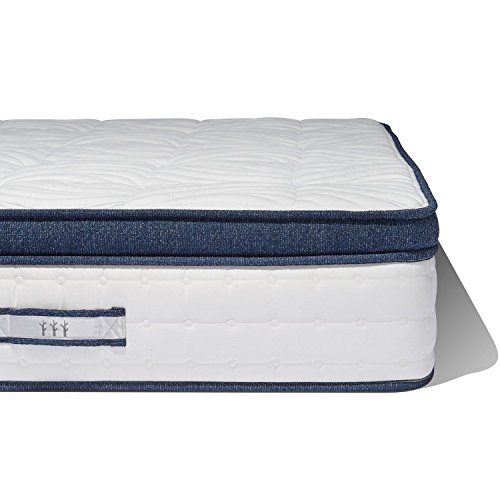 The Oceano firmness is optimal for combo sleepers but has a good firmness level that will provide good support for back pain.

The Oceano removes one layer of foam and has a 2nd coil unit on top of the support base coil unit. In my opinion this design offers premium support where it’s needed most and also good breathability paired with motion isolation. 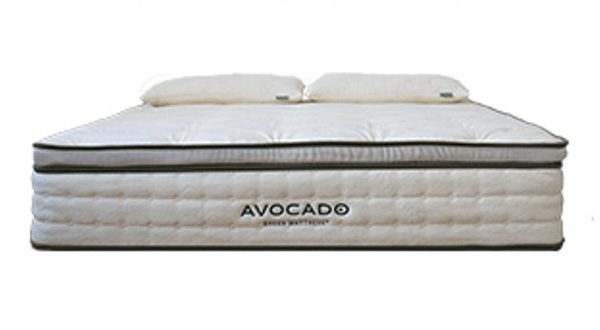 The Avocado uses latex foam. This can be a great choice for those seeking firmer support with added bounce and those who do not want the “stuck” feeling of memory foam.